History of the Supply Chain

History of the Supply Chain Advancements There have been enormous changes in the global supply chain over the last 100 years. A revolution has taken place in every aspect of how goods are sourced, manufactured, and transported. Global supply chains are more complex and more efficient than ever before, thanks…
Read Article 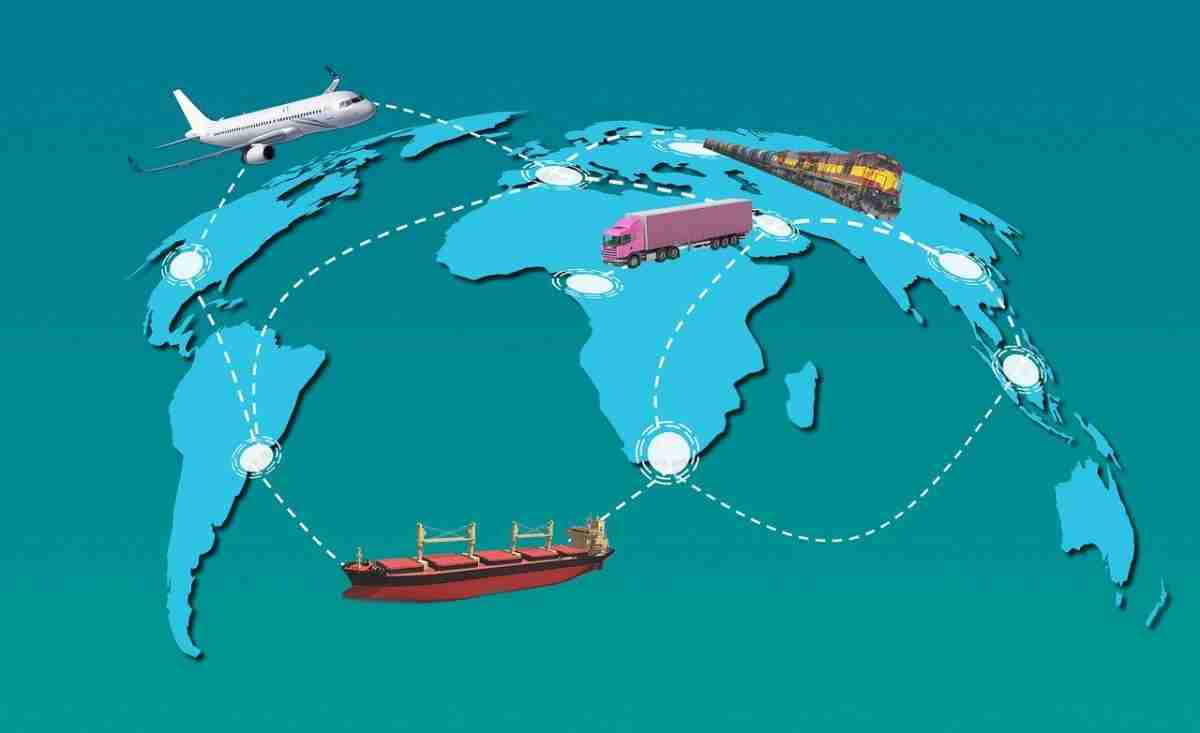 History of the Supply Chain Advancements

There have been enormous changes in the global supply chain over the last 100 years. A revolution has taken place in every aspect of how goods are sourced, manufactured, and transported. Global supply chains are more complex and more efficient than ever before, thanks to new handling procedures and ocean-going vessels, as well as containerization and computerization.

In this article, we will explore the key innovations that have shaped supply chains over the years.

Manufacturers and suppliers before 1900 – Local and regional supply chains

The majority of supply chains were local and were typically restricted to regions before the industrial revolutions in Europe and the U.S. Agrarian supply chains, for example, would have a farmer cutting wheat, taking it to a mill to be ground into flour, then to a baker for making bread, and finally to a market.

Things began to change with the industrial revolution. The construction of railroads made it easier, faster, and cheaper to transport goods over longer distances, although most supply chains were still country-based. The 19th century saw the development of rudimentary hand trucks and other tools that made handling goods easier. Ship’s hulls were used to store loose goods, and loading and unloading them took a great deal of effort. This made international ocean trade rather inefficient.

Improvements to trucking and warehouses in the early 20th century

Pioneers developed trucks to allow faster transportation of goods by road after the invention of the internal combustion engine and cars in the late 19th century. Mack Trucks was founded in 1900 and invented the first semi-truck at the end of the 19th century. It wasn’t until the mid-1920s that diesel engines were introduced, originally powered by gasoline. Prior to 1930, forklift trucks had been in development since the early 20th century.

It was not until the forklift truck arrived that pallets became what we know today. Forklift trucks were first invented in 1915, and skids were slowly adapted to fit these new machines. Howard T. Hallowell patented the first pallet in 1925 and named it the “Lift Truck Platform”.

Pallets were introduced into warehouses in 1925, which led to a significant change in supply chain storage. Consolidating goods onto pallets allowed them to be stacked vertically, saving space and allowing them to be handled more efficiently. Wooden pallets also allowed for more efficient shipping in containers and semi trucks. We began to see a standardization of pallet sizes, dimensions and weight capacity. All aimed at maximize productivity and speed up the supply chain.

In the 1930s and 1940s, the supply chain became increasingly mechanized

It became increasingly important for military organizations to maintain efficient supply chains during World War II. The military required supply chains to manufacture hardware and supplies at home, while supplies and support needed to reach troops abroad as quickly as possible. Supply chain engineering was born out of the consolidation of industrial engineering and operations research in the 1940s.

Wooden pallets owe much of their history to World War II, when pallet demand skyrocketed. Four-way pallets were invented during this period. To transport weapons and armaments as quickly as possible, the Allied and US military used pallets.

The patents were not filed until after the war ended, as is often the case in wartime. Many wooden pallet patents were filed after the war. One such patent was from 1945 by Robert Braun on the first four-way pallet and another from Norman Cahners in the same year on disposable pallets.

Over the next few decades, pallets, pallet handling systems, and pallet storage systems were also developed. Warehouse storage space was to be used more efficiently and racking and layout optimized. As a result of these changes, loading, unloading, consolidation, and handling of goods would be streamlined, leading to faster deliveries and distributions of goods.

Introducing containerization and standardization to the 1950s supply chain

Global supply chains have been revolutionized by the invention of the shipping container and all the logistics and modes of transportation that support it. Shipping containers are intermodal, meaning that they can be transported using several different types of transportation. In any transport mode, whether it’s on a truck, a train or a container ship, standardization makes transporting and handling these containers fast and easy. As a result, the supply chain will be more efficient and cost-effective. By saving time, goods are transferred faster, waste is reduced, environmental impact is reduced, and margins are improved.

Despite not being fully standardized until the late 1960s, shipping containers were invented in the mid-1950s. These containers began to be transported by vehicles built by transport manufacturers around the same time. As a result of the invention of containerization, global trade has become cheaper and more efficient.

Trucking displaced railroads as the main mode of goods distribution during the 1960s. Increasingly reliable freight transportation was made possible by the continuous development of pallets, handling equipment, containerization, and other aspects. Over long distances, this enabled the efficient transport of time-sensitive raw materials, parts, and products.

The first computerized inventory management and forecasting system was developed by IBM as computerization gained popularity in the mid-1960s. Records and data related to logistics were previously captured, sent, and reported on paper. Computerization of data began to streamline logistics and create opportunities in many areas, including more accurate forecasting, better warehouse storage, better truck routing, and better inventory control.

The Shift to a Global Market

As a result of supply chain success, transportation manufacturers built on it throughout the 1980s. As personal computing revolutionized the supply chain, the term “Supply Chain Management” was coined. Cost tracking and profit maximization became easier with new software such as flexible spreadsheets, mapping, and route planning. A number of other developments took place at the same time, including the optimization of air freight, distribution networks for supply chains, and the introduction of enterprise resource planning (ERP) software.

Charles Walton at MIT developed RFID tags for tracking goods and shipments electronically, a precursor to Internet of Things devices.

The history of global supply chains leads us to the present and to continued transformation. China, Japan, and Korea have become major suppliers and exporters of goods due to the explosion of manufacturing in Asia. Furthermore, AI and machine learning combine with predictive and prescriptive analytics to improve forecasting, order management, and other functions. As a result, all participants in the supply chain benefit from a more data-driven, network-driven, and collaborative supply chain ecosystem.

Challenges remain, of course. The ethics of sourcing and manufacturing goods are increasingly important to consumers and businesses, particularly from the perspective of the environment and workers’ rights. The supply chain manager also needs effective risk management for unforeseen circumstances, such as tariffs and customs, natural disasters and transportation issues.

Regardless of what the future holds, one thing is certain. Our global supply chains will continue to become more efficient and optimized if we apply the same innovation as in the past.

Used Pallet Recycling is always working on new innovations in the pallet and supply chain markets. Feel free to contact us with any questions. 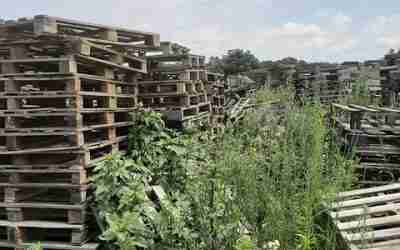 Effects of Wooden Pallet Waste on the Environment

Effect of Wooden Pallets on Global Waste  Around two billion pallets are in circulation in the United States alone. Most of them are made of wood and are replaced every year. This leaves a lot of pallet waste to be recycled and removed from your facility. EHS...